The India-spec model could also get ADAS such as auto emergency braking, blindspot monitoring and lane keep assist that are missing in the Thai model that was tested 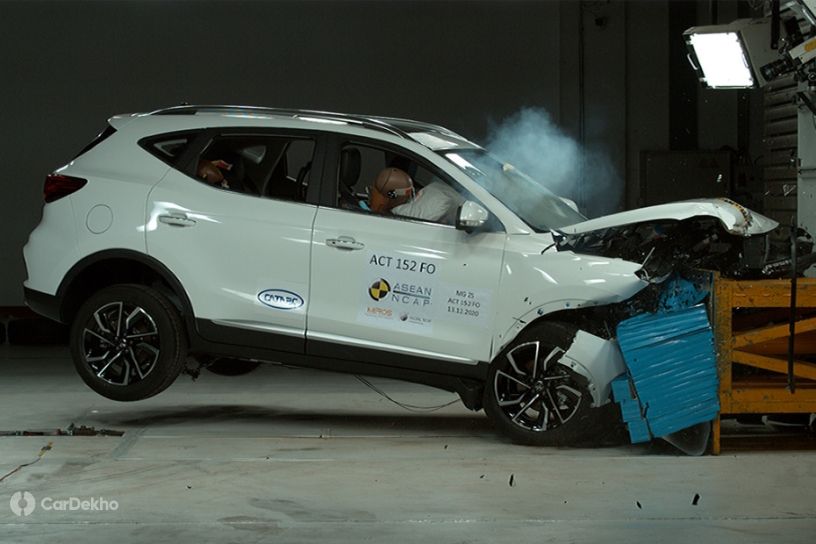 The petrol-powered version of the MG ZS compact SUV received its facelift in 2020. It was crash tested by ASEAN NCAP towards the end of the year in its Thai specification and it scored a total of 81 points, earning an impressive overall 5-star safety rating.

The MG ZS was tested in its base-spec C+ variant equipped with dual front airbags, front seatbelt pretensioners with load limiters, traction control, stability control, ISOFIX child seat anchor, and hill start/descent control. In terms of adult occupancy protection, the ZS petrol scored 32.27 points out of 36 with good protection in the frontal offset test, even though chest protection for both was rated between marginal and adequate.

It scored 40.96 out of 49 points for child occupant protection and 11 out of 18 for safety assist technology. The ZS’ higher variants also get side and curtain airbags, around view monitor, and tyre pressure monitoring system. MG does not offer any advanced safety tech in the Thai-spec ZS but the UK-spec model gets blindspot monitoring.

The MG ZS with the petrol engine, which is expected to launch in India soon, has been spied on multiple occasions. Most recently, it was spotted testing while fitted with ADAS (advanced driver-assistance systems) which suggests the India-spec model could get blindspot monitoring as well as autonomous emergency braking.

MG already offers the pure-electric version of the ZS in India. The petrol-powered version will likely feature the 1.3-litre turbocharged unit with the choice of 6-speed manual and automatic transmissions. It will rival the likes of the Hyundai Creta, Kia Seltos, Nissan Kicks as well as the upcoming Skoda VISION IN and VW Taigun. The MG ZS petrol could hit the market by early-2021 at an expected price of Rs 10 lakh onwards.